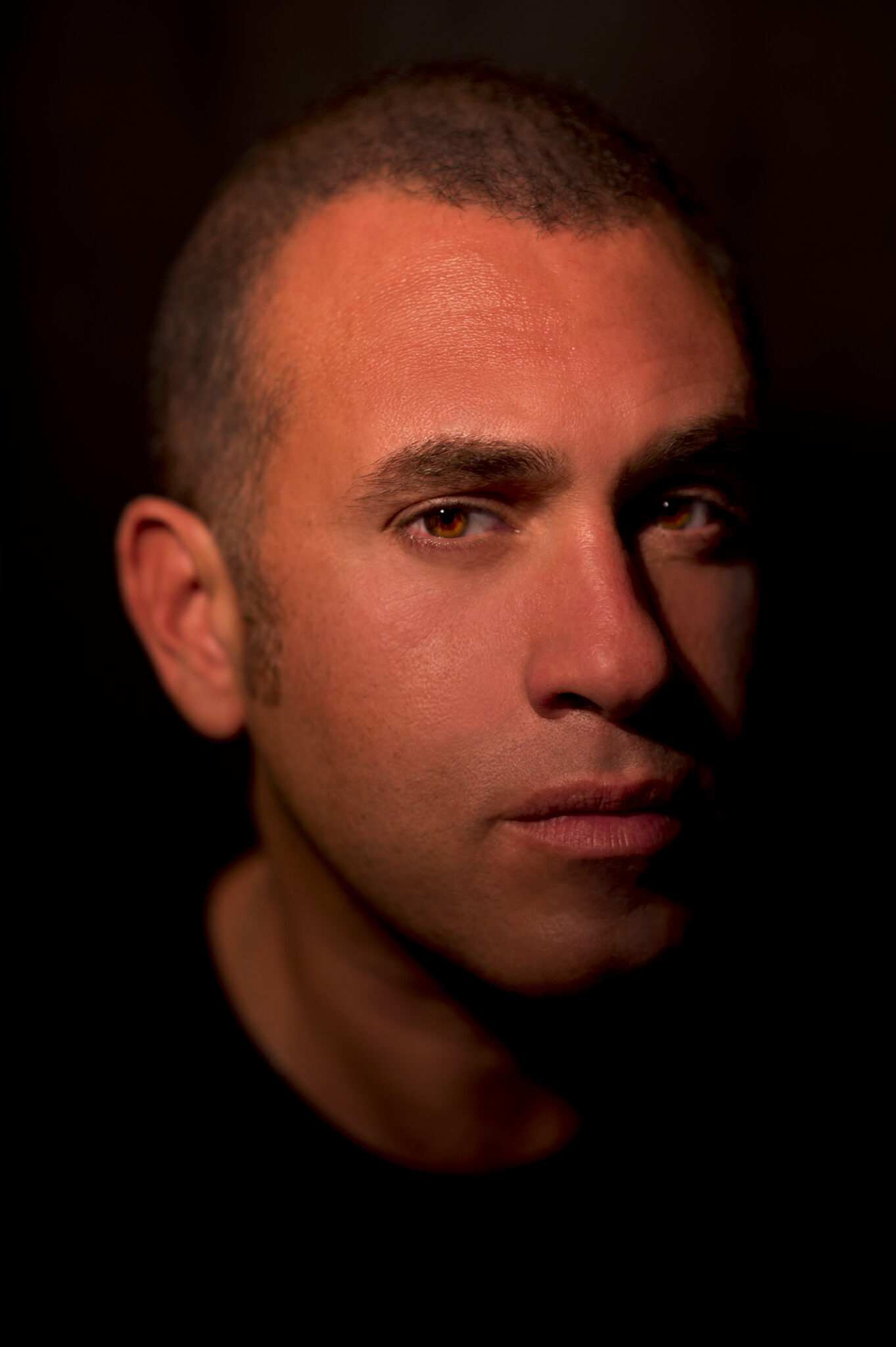 1. Where were you born and where are you from ?

I was born in Beirut in my mother’s country but we flew to Paris when I was 2 months old where my father was appointed as Egyptian ambassador. So I was raised in Paris with this mix.

2. What is your first memory connected to the art world ?

A Tchaikovsky record for kids, my mum’s Stevie Wonder Songs in the Key of Life tape or a trip to the cinema to see Walt Disney’s Fantasia which I found mesmerizing yet totally terrifying. Can’t remember which.

3. Have you always worked in the art/design field ?

If you consider pop music art then yes.

4. What led you to the design creation ?

Creation is second nature to me, a necessity of existence. Design is a vast concept I have yet to fully come to terms with.

5. How would you describe your creative process and it influences ?

Emotional, sensual and led by a desire to lift up and build bridges I cannot find.

6. Could you describe a typical day of your work ?

Hardly, since my life is permanent change. Just make it work could describe it.

7. Why did you choose the specific materials you work with ?

I wanted to use a variety of emblematic local materials when I found myself moving to Egypt.
Alabaster was my least favorite having seen it used and abused in the worst way possible in various markets. I totally rediscovered it, or it rediscovered me so I made it my main instrument of expression.

8. What are the technical particularities of your creations ?

Well, I thought of the least convenient, heaviest, most unreliable material to work with and went for it.
We don’t use c&c machines yet and try to embrace traditional ways of working the stone with a contemporary vision.

9. What advices could you give to beginning artists who would like to create sculptural design works ?

10. If your works had to belong to a design movement, in which one would you define it ?

I would rather have it belong to an art movement that has yet to be defined.

11. What designers have influenced you ?

Too many to name all but I am and have mostly been influenced by artist who have forged their own paths which I consider the greatest kind of design. Joseph Mankiewicz, Man Ray, Chopin, Fernand Leger, Marilyn Monroe, Charlie Chaplin, Madonna, Michael Jackson, Jean Cocteau, Jean Michel Frank, Brancusi, Om Kalthum, Hassan Fathi to name a few.

12. What contemporary designers do you appreciate ?

13. What contemporary artists (in any kind of art) have you been inspired by ?

14. If you had to summarize your creations in one word or sentence, what would it be ?

Proust Questionnaire with very short answers (one or a few words) :
(The Proust Questionnaire is a set of questions answered by the French writer Marcel Proust. Other historical figures who have answered confession albums are Oscar Wilde, Karl Marx, Arthur Conan Doyle, Stéphane Mallarmé, Paul Cézanne…)

1. What is your idea of perfect happiness?

2. What is your greatest fear?

I don’t want to say in case it happens

3. What is the trait you most deplore in yourself?

4. What is the trait you most deplore in others?

5. Which living person do you most admire?

6. What is your greatest extravagance?

7. What is your current state of mind?

Comfortably numb in spite of a broken foot

8. What do you consider the most overrated virtue?

9. What is the quality you most like in a man?

10. What is the quality you most like in a woman?

11. Which words or phrases do you most overuse?

None that I’m aware of

13. If you could change one thing about yourself, what would it be?

14. What do you consider your greatest achievement?

to still have ambitions

15. If you were to die and come back as a person or a thing, what would it be?

17. What is your most treasured possession?

Body and mind and maybe a Youssef Nabil photograph

18. What do you regard as the lowest depth of misery?

I try not to regard it

19. What is your favorite occupation?

20. What is your most marked characteristic?

21. What do you most value in your friends?

22. Who are your favorite writers?

24. Which historical figure do you most identify with?

25. Who are your heroes in real life?

Cleaners, garbage collectors, nurses, artists to name only a few…

26. What are your favorite names?

I won’t give them away again

27. What is it that you most dislike?

28. What is your greatest regret?

Only fools don’t change their minds